The project is named after “Imitation obliquity”, which is a continuation and assembly type production.
A collection of old and new works by multiple artists will be presented together. It will echo the topic of 2021 Venice Architecture Biennale “How will we live together?” and the parallel exhibition at GAD “Universe Architecture of Universe”. Through this micro-architectural & multimedia installation.

This micro-architectural installation will also set up a volume with an oblique angle depending on the space on site, and set up multimedia audio-visual devices (such as projectors, slide projectors, etc.) from the inside to simulate the oblique angle of the earth and the viewpoint of the universe through the audience’s viewing angle from the outside. The installation, or the events that occurred in the conceptual space of the aquarium mentioned in the introduction of the exhibition, is finally an expression of the concept (the Logos universe; the concept) echoed by the “information architecture” through the use of micro- architectural. The artistic elements of fictitiousness and reality have a clever dialogue with the exposition of the exhibition.

A total of 9 works is presented in multi-channel switching, including 5 Taiwanese works. In addition, in response to the theme, 4 international works were selected from the Osmosis Art Festival held in Taiwan over the years. The content of the works includes: live shots in Antarctica, environmental issues in African rivers, uninhabited island volcano exploration records, virtual animation series, etc., presented in a combination of single channel, Two channels, and three channels, and span digital, game, 2D&3D animation, record, and behavior, machinima and audio-visual creation and other types of various forms, thinking from various angles ” How will we live together?” the theme of the 2021 Venice Architecture Biennale. The elements of works used by Taiwanese artists also involve various features such as “Balance Theory” related to gravity, “Record-19 / Record-19” related to centrifugal force, and “In the Clouds and Fog-Forgotten City” related to buoyancy, which also echoes the Pavilion 0/3 GAD the idea of the unit’s” Architecture of Universe ” the topic will also lead the audience into the author’s art and inner world, just like exploring the mysteries of the universe. 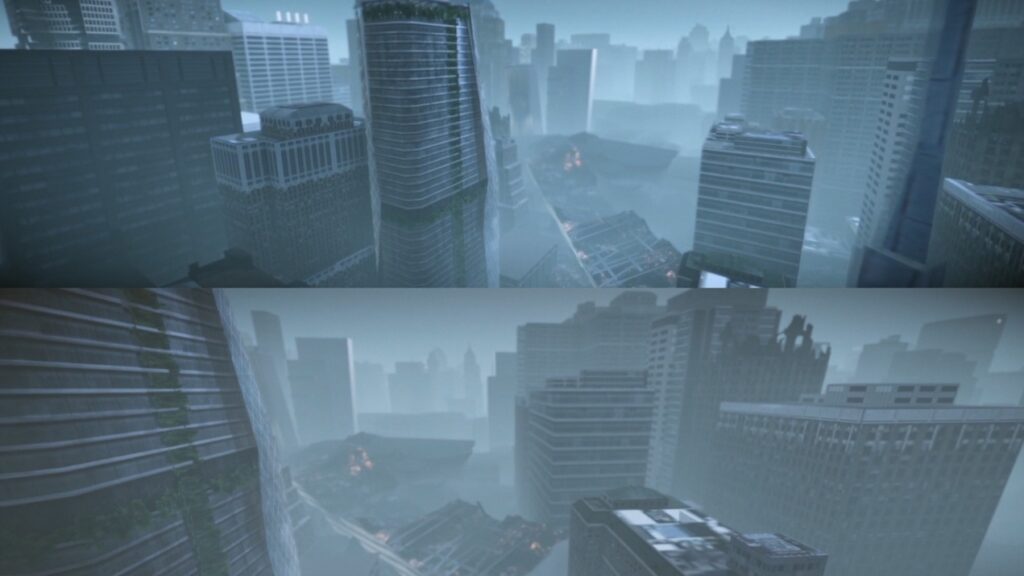 In the Fog- The Abandoned City, the artist creates a virtual and imiaginary post-war-like scene through a game engine system, which presents an abandoned territory after warfare, seen as an urban island forgotten by people. It appears quite barren, uninhabited and isolated.

The work is inspired by the interest and inspiration of surfing. It tries to recreate this floating bopdy through the body perception of surfing on the sea. It is reflected through amusement equipment, emphasizing the feeling of the body participation, and the viewer digests this gravity drop. The pleasure, physical memory and unpredictable mental state brought about.
The work is like the shaking up and down of the seesaw, coupled with the body displacement of the stairs ascending, this combination is an extraordinary physical experience. The working rules of the work allow the rise (the ride of physical labor) and the fall (the fall of gravity) to occur at the same time, resulting in an ambiguous body perception that up is not up and down is not down. The unstable and rolling nature of
the shape helps the viewer outline the physical experience of similar principles. This is a work that requres the participation of viewers and mutual coperation. It can be inclusive of storytelling and exploatory meaning, such as group-sel relationship, social structure, etc.

Brown and green, Air carries the fierce wind. Grassland responds to the call of the nature, nothing can hide, even the interspace of everything. Standing still, they hand over the clother to another’s flesh, starring at the „white” propped up and floating down, trying to make the ideal circle. But the floating clothes reveal the deformation in every exchange… Standing still, they ignore the disortion of their pride.

A lot of shadows are used in the works, since the shadow is a negative expression of reality for me. It is clear, real, and has dofferent expressions in different textures and environments. The image does not clearly outline the behavior, triggering its uncertainty through unfamiliar events, such as any imaginary or participation in the audience and explains the relationship between daily and social system.

At the end of 2019, COVID-19 broke out, shocking all of the world. Until now, global human still facing threaten. „Stay home” is already a buzzword. The artist complies the image of tour before COVID-19 break out. A trip has two different images combine, on of this is what I see and hear during the tour. One is subtly observing surrounding and nature movement. The other is the scene of the train whizzing by.
Presenting like the binoculars vision, they are more closing to the prospect of touring moment. It’s like returning to that timing and the scenes appear in front of me. Deeply brand in the mind of tourist. Under the epidemis rage, our action and the mode of social contact are changed. Creating the theme of district transform, let the viewer can experience different journey. 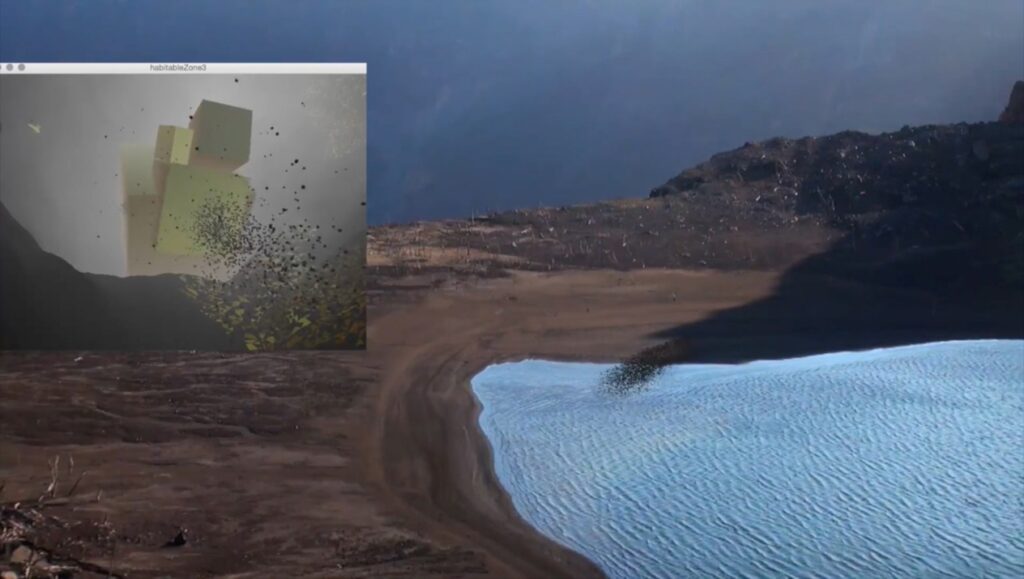 The footage taken by CCTV was first agency that percieved an unusuality in an island. Some imaging devices are still showing images of the unusual incidents in the island, The investigators are headed for the island to make sure what it is. But they don’t know wheter they would have speciality for these incidents. In this footage, a real time rendering movie as CCTV is attached on a linear sequence as story movie. It seems like the story is showing that investigators are approaching to their destination that the CCTV footage indicated, but they can never reach to the place.

Images of typical tourist postcard of the Singapore city skyline are scannes as a video diptych with one in a dusk/dawn equivocal moment, the other being destroyed by cartoonish bombings and fires
superimposed from Japanese anime. The video work illustrates paradoxical notions between fact and fantasy, anxiety and tranquility, and the cycle of creation, destruction to re-creation of a new state of existence. 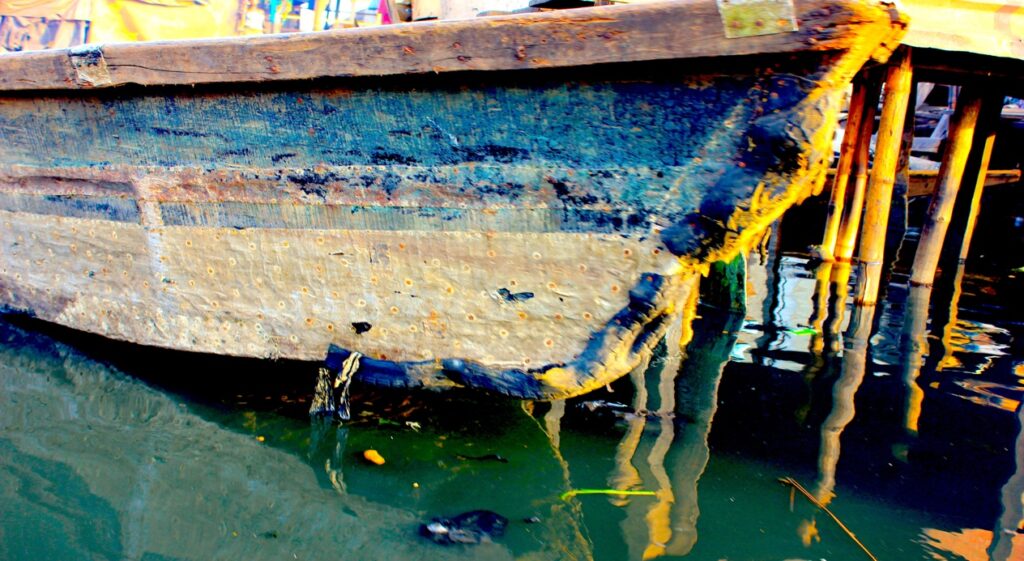 This is a story on water – a shimmering, flo wing driver – that has fundamentalimpact on humanity. It conveyed explorers and invading slave masters as wellas merchants, colonial and missionary governments on its soft and yieldingbelly. In its fluid transboundary space, it harbors a verse state of secrets andrealities as it flows, connects and reflects rippling dynamics of our being. Its path charts age long patterns of imprints nurturing and withering civiliza tions.It never forgets its past paths. Like mater and matrix, it brings healing and thecrooked. Displaced populace looks further towards its luring veil envisioningsignals of succor and new stories of life. Viva Illusion? is a part of an ongoingbody of work that reflects on persisting frequencies of furtive journeys on globalwater spaces. 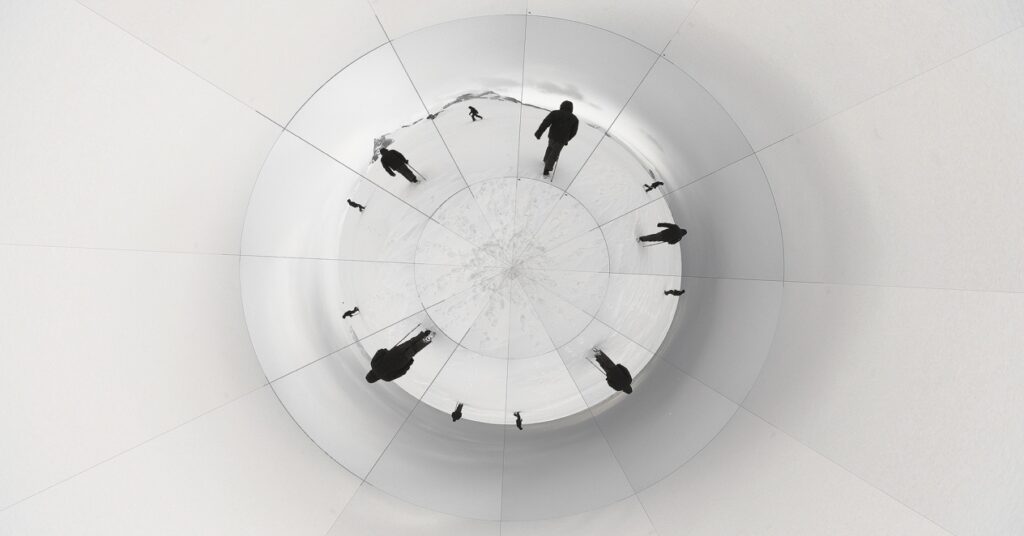 Walking looking trying to build an image of a singular place (Antartica) that hasmore to do with us than with what we try to understand.