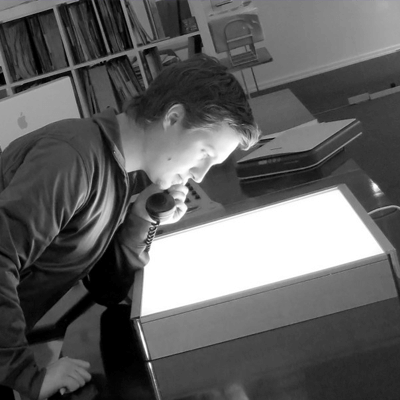 Is a 1980 German-born artist and filmmaker who now lives in Los Angeles where he works for film studios and on his own projects works. In 1999 he founded his animation studio frameboX and gained international attention several award-winning projects, including the short film “The Centrifuge Brain Project”. In 2005 he graduated from the Media design at the University of Applied Sciences in Mainz. His works have been awarded more than 80 prizes at international film festivals such as Annecy, Anima Mundi or AFI Fest Hollywood.

Till’s work ranges from cultural projects like his Art installation in the Elbphilharmonie Hamburg or the Cooperation with Axel Ranisch for Prokoviev’s opera “Die Liebe zu the three oranges” to pop culture in his collaboration with Deichkind, Katie Perry or the Oscar-winning design for Marvel Studio’s “Black Panther”.

Till is also available for several public light art installations historic buildings such as the Rendsburg High Bridge, responsible. He has lectured on his work at institutions such as the Gnomon School of Visual Effects in Hollywood, at universities in Korea, Germany and Australia, at the 361° Conference in Mumbai and the NIFFF in Neuchatel and as a jury member worked at numerous film festivals. He is a member of European Film Academy, German Film Academy, ASIFA Hollywood and the Art Directors Guild.