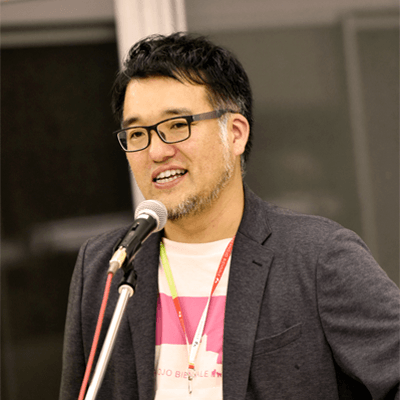 Born in in Hiroshima in 1975. After graduating from Tama Art University, he worked as a director at a design company in Tokyo.

Through working as a lecturer at college and a planner after becoming independent, he established a design studio, PlaygroundStudio.

He participated in many creative teams at different enterprises, he took charge in various design works including TV productions,advertisements and user interface design. In 2006, he started up Nakanojo Biennale for introducing art and culture from the unique viewpoint of local areas. Later, he produced the creative community centre “tsumuji” and developed product design using characteristics of the region and organized events.