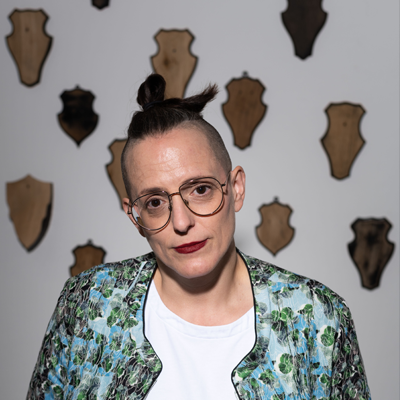 lka Theurich has exhibited and performed in a variety of countries and contexts. She works world wide as an artist, coach, curator, and educator of a broad range of projects, including large-scale events, intimate performances, publications and workshops. Her diverse Oeuvreincludes in-situ installations, video/sound installations, performances, drawings and participatory projects in public space – which are always LIVE.

Her artistic work revolves around questions of the performative context of space, horizontal democracy, critical spatial practice and spatial politics. She is interested in the deployment of her social-poetical-performance-practice as a methodology in the field of critical spatial practice. She collaboratively works and consults on conceptualizing and implementing performance art based research on urban planning and architecture.

Theurich holds a Master of Arts in Live Art and Performance Studies from the Theatre Academy Helsinki in Finland and a Master of Fine Arts from the University of Applied Sciencesand Arts Hannover in Germany. At the same University she got also the honour of the title Meisterschülerin von Prof. Ulrich Eller

Based on the idea that Brutalism was an attempt to create an architectural ethic, rather than an aesthetic and that it had less to do with materials and more to do with honesty – an uncompromising desire to tell it like it is, architecturally speaking – Theurich’s new work for Venice will be LIVE, will be HONEST.

Brutalism, identified by its chunky peculiarity and concrete oddity is both adored and loathed, understood and condemned. But as its national demolition is routinely being called for, an insurgence in its popularity has emerged, only to illuminate the current isolation between politics and architecture – a relationship once intrinsic to our fabric of life. In her new performance the artist will questioning the ethics of politics and architecture.