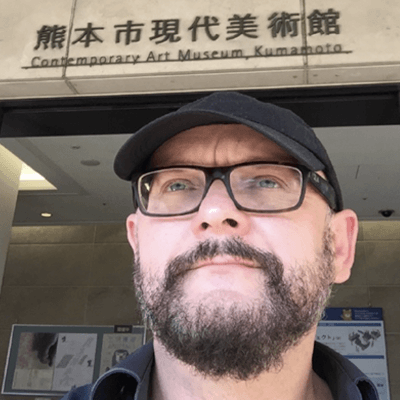 He organized several exhibitions in the field of graphics and easel painting and took part in many exhibitions abroad. Among others in Japan, where he travelled several times and where he had a number of exhibitions at prestigious galleries in Osaka and Tokyo.
Since 2006, he has been a member of the board of the Poznań District of the Association of Polish Artists. He is also a member of the Japanese artistic organization A-21 operating in Osaka.

He is the author of many individual exhibitions. He took part in several dozen group exhibitions in the country and abroad, including in the Netherlands, Germany, Japan, Turkey, Belgium, Greece, Italy, Lithuania, Belarus, Ukraine, Hungary, Georgia, Taiwan, Israel, Russia, Spain, Norway, Iran, China and in many places in Poland.